Epic Battle Fantasy 4 is a light-hearted turn-based RPG, heavily inspired by old 2D classics. You will battle through waves of cute enemies, grow your characters, read cringey dialogue, explore a diverse world, solve puzzles, and of course, save the world. This game is a must-buy for any RPG fan! While its style is distinctly western, in everything but art Epic Battle Fantasy is very much a JRPG. The combat is heavily based on elemental advantage/weaknesses – brute force is rarely an option in harder battles, instead the key to victory is using correct skills and gear. Speaking of gear, uniquely among RPGs, newer weapons and armor you acquire are not direct improvement of your old equipment.

Instead, each weapon and armor has properties that make it good in some situations and mediocre to bad in others. The result is that no equipment becomes useless, and some of early gear may very much be an option for endgame battles. Instead of acquiring stronger gear, the game features upgrade system for your equipment, allowing you to improve your gear as you progress through the game (most later upgrades require items that are not available until later). And on final note about gear, each item your character wears, from weapons and armor to small badges visibly changes your appearance, which is really a nice touch! The story doesn’t even pretend to be serious, but it will accomplish what it sets out to: make you laugh from start to finish! 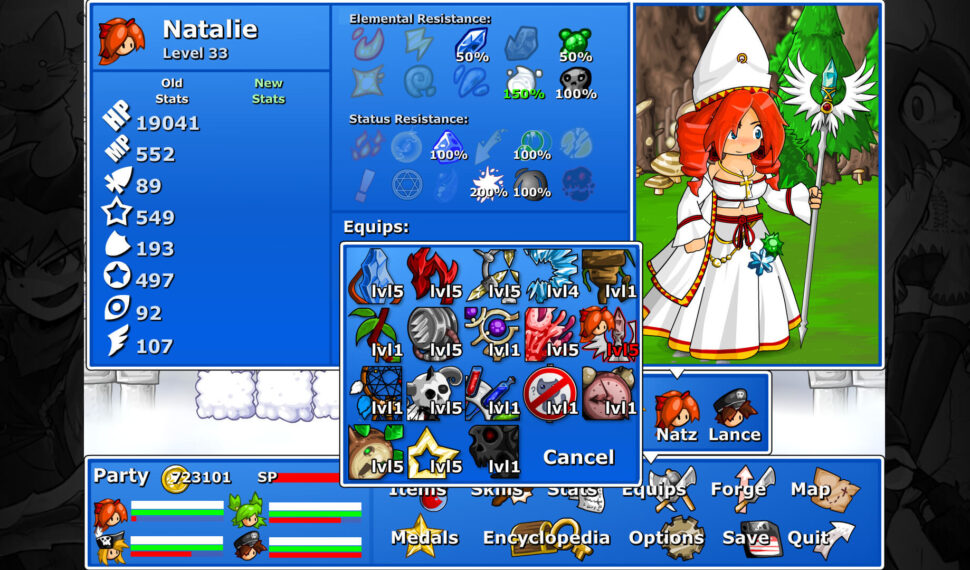